Democratic U.S. Senators Elizabeth Warren and Edward Markey sent a letter to Columbia Gas and demanded that six of their questions be answered by Thursday

By Monica Madeja and Karla Rendon-Alvarez

As Merrimack Valley residents question when gas will be restored to their homes, lawmakers are demanding answers from Columbia Gas.

Columbia Gas, the gas company in charge of the pipelines involved in the deadly explosions last week, received a letter from Democratic U.S. Sens. Elizabeth Warren and Edward Markey. In it, they asked the gas service six questions – how are companies tracking which households currently have gas and what steps are being taken to ensure the service is safe?

The senators demanded an answer by Thursday.

Meanwhile, Columbia Gas announced Wednesday that approximately 6,300 customers outside of the affected area have had their gas restored. 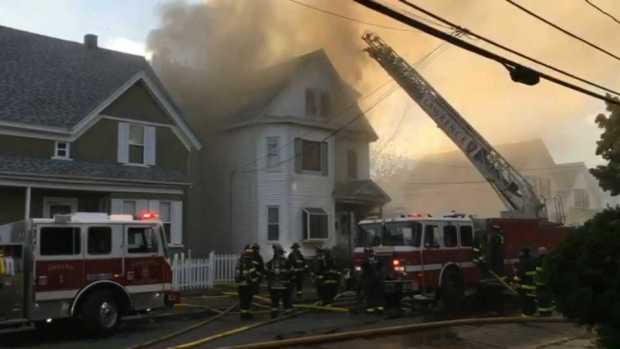 Columbia Gas President Stephen Bryant said he is unsure when service will be fully restored.

“We haven’t determined how long it will be yet, but it will be several weeks,” he said.

The gas service said 49 miles of pipeline need to be replaced.

“I think this is a national crisis, one that at its core is a human crisis,” Lawrence Mayor Dan Rivera said. “As soon as it starts to get cold, we better have a plan in place to deal with that.”

Hundreds of explosion victims are expected to wait in line for hours for a third day to file loss and damage claims after the explosions that displaced more than 8,000 residents in Andover, North Andover and Lawrence.

Victims were given colored tickets to stand in line in order to be able to file a claim. The claim center’s hours of operation are 10 a.m. to 8 p.m. Wednesday at 1 Market St. in Lawrence.

There, families will receive a gift card ranging in value from $100 to $300 depending on the household size. A single person household received a $100 gift card for the week for food, while a family of four or under was given $200. Households with more than four family members were given $300.

People can file a claim without waiting in line and can opt to do so over the phone or online. However, those who do not file claims in person will not receive gift certificates. Customers can file a claim by calling 1-800-590-5571.